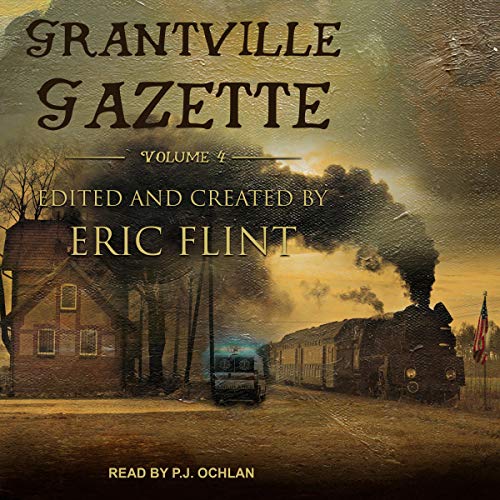 In Paula Goodlett and Gorg Huff's "Poor Little Rich Girls," we follow the continuing adventures of the teenage tycoons begun by Huff in "The Sewing Circle" (Gazette #1) and "Other People's Money" (Gazette #3). The focus in this story, however, is on the younger siblings - the so-called Barbie Consortium - and their down-timer associates and enemies.

Jose Clavell's "Magdeburg Marines" and Ernest Lutz and John Zeek's "Elizabeth" depict the early days of two military units after the Ring of Fire: a reborn US Marine Corps trying to adapt to new circumstances, and the First Railway Company, formed to provide logistics using a combination of up-time and down-time methods and technology.

David Carrico's "Heavy Metal Music" continues the story of the interaction between up-time and down-time musicians that he began in last issue's "The Sound of Music."