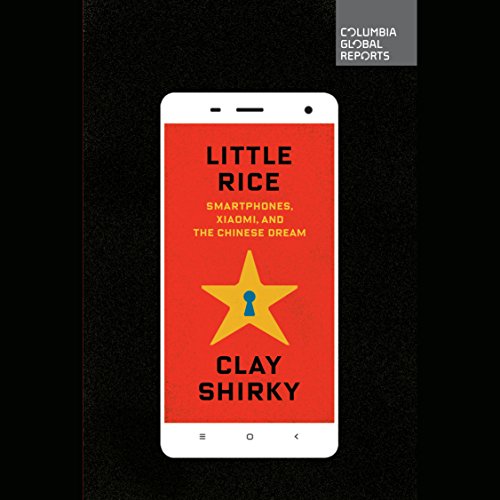 Almost unknown to the rest of the globe, Xiaomi has become the world's third-largest mobile phone manufacturer. Its high-end phones are tailored to Chinese and emerging markets, where it outsells even Samsung. Since the 1990s China has been climbing up the ladder of quality, from doing knockoffs to designing its own high-end goods. Xiaomi - its name literally means "little rice" - is landing squarely in this shift in China's economy.

But the remarkable rise of Xiaomi from startup to colossus is more than a business story because mobile phones are special. The common desiderata of the global population, mobile phones offer the kind of freedom and connectedness that autocratic countries are terrified of. China's fortune and future clearly lie with "opening up" to the global market, requiring it to allow local entrepreneurs to experiment.

Clay Shirky, one of the most influential and original thinkers on how technological innovation affects social change around the world, now turns his attention to the most populous country of them all. The case of Xiaomi exemplifies the balancing act that China has to perfect to navigate between cheap copies and innovation, between the demands of local and global markets and between freedom and control.

What listeners say about Little Rice

Informative and up to date.

Would you listen to Little Rice again? Why?

I listened to this book three times.

What was one of the most memorable moments of Little Rice?

It is amazing how Xiaomi has been able to become the powerhouse that it is, as it produces the very device/service that may topple the government under which it carefully treads. A good listen.

Too much "water" on China, in general

"Smartphones" and "Xiaomi" in book title look more of a catchphrases - in my humble opinion, book is just too broad to be entitled this way (though, author's intent is understood - there's a bizillion of books about China/manufacturing in China, but, again, adding few broad chapters, dedicated to Xiaomi, doesn't seem a legitimate reason to name it that way) - westerners, who know what "Xiaomi" is, are supposed to know majority of facts about company, described in this book; as for information about manufacturing / electronic manufacturing in China - there's a number of better books out there.