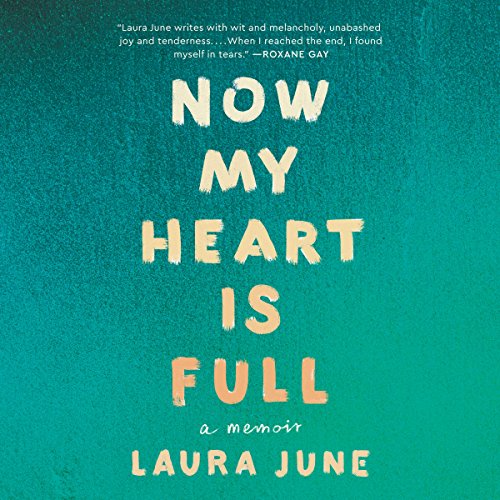 Now My Heart Is Full

A deeply affecting memoir of motherhood and daughterhood, and how we talk about both, from popular writer Laura June

“Laura June writes with wit and melancholy, unabashed joy and tenderness.... When I reached the end, I found myself in tears.” (Roxane Gay)

Laura June’s daughter, Zelda, was only a few moments old when she held her for the first time, looked into her eyes, and thought, I wish my mother were here. It wasn’t a thought she was used to having. Laura was in second grade when she realized her mother was an alcoholic. As the years went by, she spiraled deeper, and by the time of her death, before Zelda’s birth, the two had drifted apart entirely.

In Now My Heart is Full, Laura June explores how raising her daughter forced her to confront this tragic legacy and recognize the connective tissue that binds generations of women together. As she documents in beautiful and irreverent prose the pain and joy of raising a child, Laura shows how, even a generation later, we still do not have the language to fully discuss the change that a woman undergoes when she becomes a parent and finds that, to her surprise, she has more in common with her mother than she ever knew.

“June writes eloquently and provides thoughtful insight on issues new parents face, but you don't have to be a parent to find meaning in this book.” (The Washington Post)

“Laura June’s joyful, empathic, but uncompromisingly irreverent memoir, Now My Heart Is Full, is such a balm, whether one regards parenthood with clear-eyed enthusiasm or with leery ambivalence.... June reckons unflinchingly with the muck of motherhood and daughterhood without disavowing the precious particularities of both.” (Rachel Vorona Cote, The New Republic)

“This beautiful, heart-rending and -restoring memoir explores what it means to be a mother and a daughter, and coming to terms with the imperfections within these most foundational of familial bonds. Laura June writes with grace, wit, and honesty.” (Nylon, great books to read this summer)

This book took me off-guard. I thought I was the only one who grew up with these experiences. I thought my family was so unique. To hear a life almost just like mine laid out in a book was very shocking. Such a wonderfully told story that reveals so many truths that I'm not sure others will understand. So very thankful to have stumbled across this book and glad that it was written.