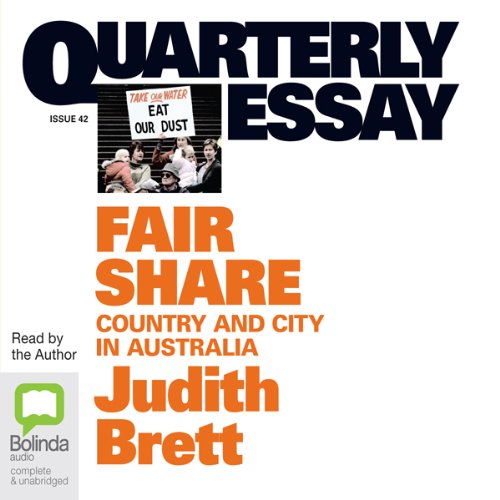 For many decades Australia was the country that rode on the sheep's back. No more - now we are a country of mining and services. In QE42, one of Australia's most original and respected political thinkers, Judith Brett, looks at what this has meant for the country and the city in our politics and culture.

The politics of independence and dependence are complicated, as the Murray-Darling water reform shows. And the question remains: What will be the fate of rural and regional Australia in an era of economic rationalisation, water cutbacks, climate change, droughts, and flooding rain? Does urban Australia care for or understand the country anymore? Can the country renew itself and make a case again for its central place at the heart of the nation?