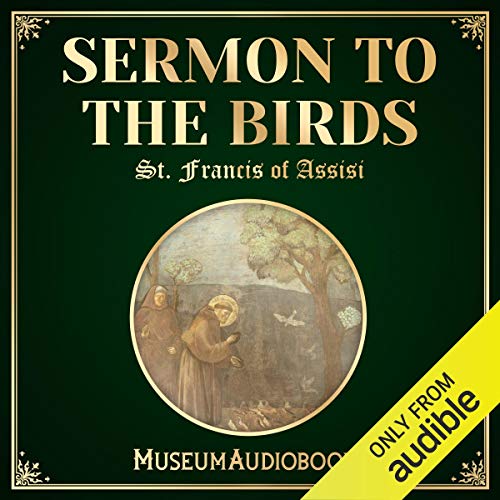 Sermon to the Birds

St Francis of Assisi, born Giovanni di Pietro di Bernardone, was a late-12th/early-13th century Italian friar and preacher. Bernardone came from wealthy beginnings, being part of one of the most affluent families in Assisi, but after a year of captivity after being captured by neighboring city’s army after conflict with Assisi flared up, Bernardone's outlook was much changed. St Francis, as he would go on to be known after his death when his sainthood was declared by Pope Gregory IX, spurned all material belongings and his hard partying past, lived in great poverty, dedicated his life preaching and caring for the disenfranchised and sick, and developed a particular affinity for animals, especially birds. It is because of this affinity that St Francis penned his Sermon to the Birds. Referring to them as his brothers and sisters, St Francis delivered a touching, spiritual, and expertly crafted sermon to his feathered kin.