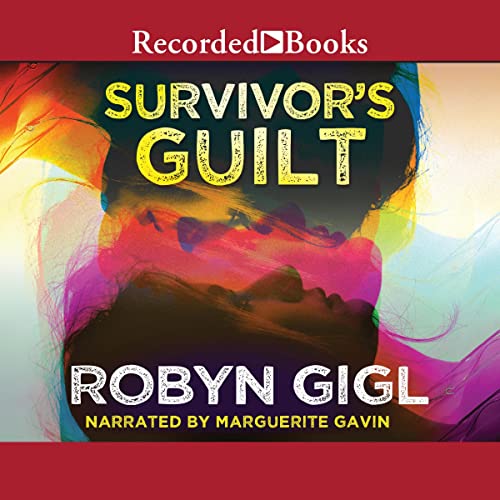 Attorney and LGBTQ+ activist Robyn Gigl tackles the complexities of gender, power, public perception, and human trafficking with a ripped-from-the-headlines plot in her second legal thriller featuring Erin McCabe, a protagonist who, like the author, is a transgender attorney.

Now she and her law partner are drawn into a dark world of offshore bank accounts, computer hacking, murder, and the devastating impact of sexual abuse....

At first, the death of millionaire businessman Charles Parsons seems like a straightforward suicide. There’s no sign of forced entry or struggle in his lavish New Jersey mansion - just a single gunshot wound from his own weapon. But days later, a different story emerges. Computer techs pick up a voice recording that incriminates Parsons’ adoptive daughter, Ann, who duly confesses and pleads guilty.

Erin McCabe has little interest in reviewing such a slam-dunk case - even after she has a mysterious meeting with one of the investigating detectives, who reveals that Ann, like Erin, is a trans woman. Yet despite their misgivings, Erin and her law partner, Duane Swisher, ultimately can’t ignore the pieces that don’t fit.

As their investigation deepens, Erin and Swish convince Ann to withdraw her guilty plea. But Ann clearly knows more than she’s willing to share, even if it means a life sentence. Who is she protecting, and why?

Fighting against time and a prosecutor hell-bent on notching another conviction, the two work tirelessly - Erin inside the courtroom, Swish in the field - to clear Ann’s name. But despite Parsons’ former associates’ determination to keep his - and their own - illegal activities buried, a horrifying truth emerges - a web of human exploitation, unchecked greed, and murder. Soon, a quest to see justice served becomes a desperate struggle to survive….

What listeners say about Survivor's Guilt

A great second book in the series

There are many unexpected twists and turns in this book that keep you enthralled. It’s hard to believe this is only Robyn’s second book! Marguerite does a wonderful job narrating it. I would highly recommend purchasing it.