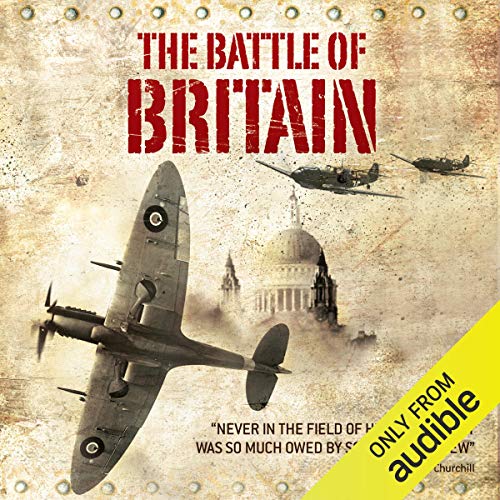 The Battle of Britain

The Battle of Britain was one of the defining moments of the Second World War. From September 1939 until June 1941, an epic struggle took place for supremacy of the skies, but also for the direction of the rest of the war.

A combination of Britain's most experienced military minds with some of the youngest airmen in the sky triumphed after a terrible bloody battle.

As Winston Churchill memorably said, "Never in the field of human conflict was so much owed by so many to so few."

this Wasn't The Battle of Britain

What would have made The Battle of Britain better?

The book lacked detail, and appeared to be the soundtrack off a documentary. How could it of been better? someone else could have written it.

What could Michael Dean have done to make this a more enjoyable book for you?

Understood the subject in more detail and passed that to the listeners.

Would you be willing to try another one of Michael Dean’s performances?

Not worth the investment, poor quality, felt like it had been written in crayon! and they had coloured over the lines!

Poor account of one of the most important events of WWII

This audio book sounded like the audio track of a poor quality short documentary on the subject. Full of archive sound clips describing images you couldn’t see! Didn’t really describe in any detail the battle itself. Glad I didn’t pay for it.