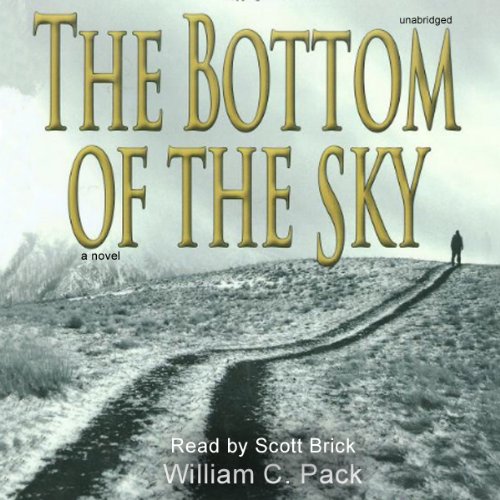 The Bottom of the Sky is an aching rags to riches family saga that surges from rural squalor into the opulent power chambers of Wall Street and Silicon Valley. The story contrasts the 30-year struggles of an abused sister and brother who seek to reclaim themselves from their abhorrent past. One is abandoned to a life of sexual desecration and addiction. The other escapes with his demons to wield fragile, uncanny genius and unrelenting ambition to amass staggering wealth.

Greed and betrayal power a tense plot involving the FBI, the SEC, and billions of dollars fleeced from brokerage customers and shareholders, while isolation and envy lead to deadly confrontations back home. It is a riveting tale of two disparate worlds joined by one desperate man and his ultimate redemption.

What listeners say about The Bottom of the Sky

I have long been a fan of great stories told well, and this is one. The author's words are beautiful and poignant. The story is masterfully told, and no less so than by Scott Brick, the narrator. I'd love to see these two pros team up again and add to the living library of American literature.

Thick as a Brick!

Great fiction brings you into the story so deeply that you forget it is fiction. With audio books two things are necessary, great writing and great narration and I don't mean good but great. This book has both. Scott Brick has always been my favorite Audible narrator and this was his best performance yet. The writing is incredible and I say congratulations to Pack. Can't wait for the next one!

Worthy of the buzz it's getting

Listed for several major awards, William C Pack's book is heavy-duty in size--and its hard-hitting themes of power, the abuse of it, and redemption. Its major theme is that of power--power of adults over young children, power of bosses over underlings, the power of addiciton, and the power money holds. It is also about the abuse of power--and there are so many intensely drawn, truly dispicable characters that love to wield power, you come away thinking a large majority of the human race sucks.

This book takes you from the raw Montana landscape to the high-powered exectuive offices of Silicon Vallery, San Francisco, and NYC, where we get up-close-and-personal with the world of stock brokers. Pack, hailed by the likes of Business Week and the Pulitzer committee, is a former Silicon Valley stock broker who knows of what he writes. It's a dirty world--and this is a solid, compelling read, with great, well defined characters. There were parts that occassionally bogged down a bit for me, but the scenes always took me forward to the reward of a great story, put forth with beautiful language.

So depressing and dark and way too long

This author missesd the mark. The writing was very good but the book was so depressing. The characters were rich in substance but the book and story went no-where. It just got more depressing for hours on hours on end. Unfortunately I cannot recommend this book.

A dark difficult and complex book

The topic isn't easy and the story Pack tells isn't pretty. Childhood experiences like those of Lamb and Levi Monroe mark the adults who endured them both emotionally and physically. Even the most resilient are vulnerable as adults in part because their hopes and ambitions are strong to move beyond. So what kept me reading? I cared about Levi and Lamb; they are good people. The story felt real with accurate details about the securities' industry; the descriptions of colleagues, acquaintances, relationships that were multi dimensional. It's not a happy book but authentic and not easily forgotten. THE BOTTOM OF THE SKY is more than "a good read" but a complex experience that I am stronger for having had. The book will make you think and it will grip you as you read it. I didn't know how it would end, until it did. But in retrospect, it ended the only way it could have.

I really enjoyed this book, it was very well written and as a stockbroker in the late 70's I could really relate to it. William Pack did a great job of invesigation before he wrote this book and it shows.

Compelling and absorbing, the story draws you in. Sad premise for a book, heart-wrenching. Surprising ending leave you stunned.

I found myself getting angry at times for not getting more info about various things which cannot be mentioned to avoid spoilers. But it is hard to turn this one off. Just because it is a page-turner, though, doesn't automatically make it excellent. So I gave it a good. I really would have liked more literary dialogue and description.

I thought I knew how it was going to end, for the most part, with a few different scenarios. But I was wrong. The ending was quite the surprise and I was glad for that, though, sad it is.

Read a review where someone said depressing. It was but life is often depressing.
The characters were very interesting and so was the story. I'm not to the end yet but so far it's kept my interest every second. Curious to see how it will end.

A Must Read! You'll be glad you did.

The Bottom of the Sky is a literate page-turner. Scott Brick is one of my favorite narrators so to have him read such a well written story was the icing on the cake! The story is riveting and it's hard to believe that Pack is a first time author. Do yourself a favor and READ THIS BOOK!