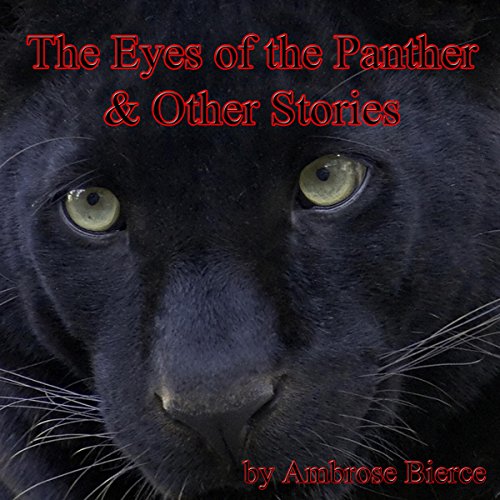 The Eyes of the Panther & Other Stories

"Between our convictions and our feelings there is no good understanding," intones the clear and serious voice of Walter Zimmerman. In this audiobook, the listener is brought to a rustic bench in the early evening where the mysterious Irene Marlowe, whose eyes "denied attention to all else", is made to tell her suitor the story of how she became insane.

Zimmerman is joined by the mature and equally clear voice of Donna Barkman in the performing of this early tale of horror by Ambrose Bierce, a precursor and spiritual father to later masters like Stephen King and Ray Bradbury. Pioneers, the wild American wilderness, and a pair of glowing eyes are employed to lead the listener to an unforgettable conclusion.

Known for his wit and sardonic humor, Ambrose Bierce wrote horror with the intensity of Edgar Allan Poe. Many think Bierce outdid Poe in the genre. His lucid, unsentimental style has kept him popular when many of his contemporaries have been consigned to oblivion. Bierce's short stories can best be described as "potboilers".

Among the stories included in this collection are:

What listeners say about The Eyes of the Panther & Other Stories