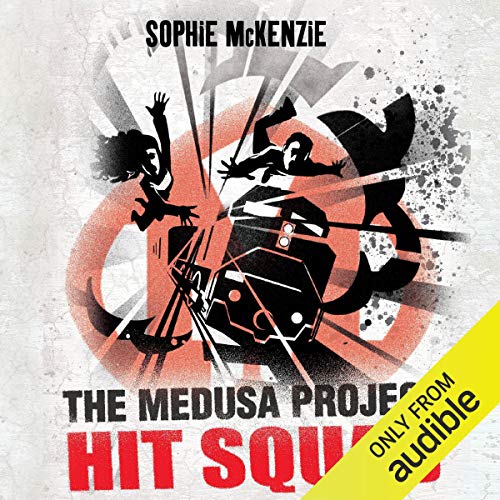 Fourteen years ago, scientist William Fox implanted four babies with the Medusa gene - a gene for psychic abilities. Fox's experiment left a legacy: four teenagers, each with their own distinct special skill. Together, they are a crime fighting force: The Medusa Project. Now the team is due to be disbanded and the teenagers sent to separate locations. But Nico, Ketty, Ed and Dylan are determined to investigate claims that a drug conveying the same powers as the Medusa gene has been developed, and are making plans of their own to prove it. Joined by new friends Cal and Amy, who also have the gene, the four set off on their most dangerous mission yet.

What listeners say about The Medusa Project: Hit Squad

READ THIS BOOK!!!! IM IN LOVE WITH IT

Something really bad happens near the end that makes you go "NOOOOOOOO"
This book makes you feel what the characters are feeling...
Not for young people if dying scares you ☺