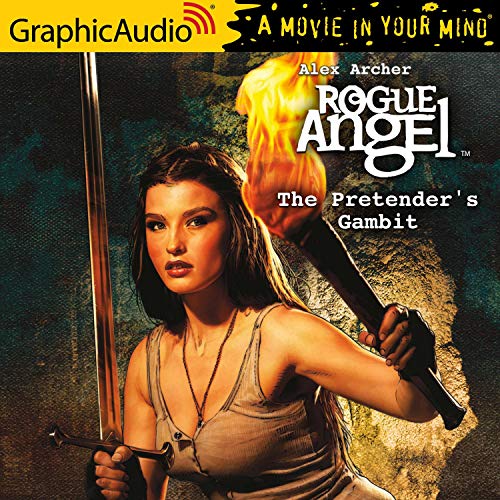 With one small chess piece, the game begins....

For archaeologist and TV host Annja Creed, a late-night phone call from the NYPD means one thing: there's been a murder and the police need her expertise. The only link between a dead body and the killer is a small elephant of white jade. An artifact that's gone missing.

Once belonging to Catherine the Great of Russia, the elephant was key in a risky political gambit all those years ago. But there is another story attached to the artifact - a rumor of an ancient hidden treasure. And for a cruelly ambitious media mogul with a penchant for tomb-raiding, the elephant is nothing short of priceless.

Annja must make her move quickly, traveling across several continents with only the assistance of her extraordinary sword - purportedly the same sword wielded by Joan of Arc - and a mysterious temple monk. It's a deadly battle of wits, and one wrong move could mean game over.

What listeners say about The Pretender's Gambit [Dramatized Adaptation]