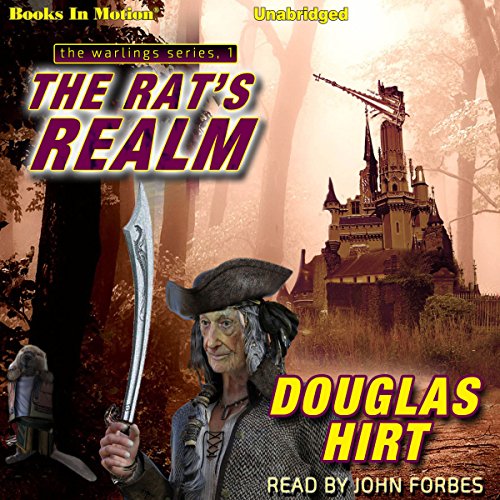 When Ornax Milwok decided he wanted an adventure, he set his sights on the most unlikely place to have it in. Earth!

Not only does Earth lie clear across the galaxy, the whole planet has been strictly off limits for at least the last 200 years! But for young Ornax, getting there was simply a challenge to overcome - a challenge he finds the solution to in a chance meeting with an intergalactic trader named Captain Goldtooth. Alas, the friendly captain of the space schooner Forbidden Weighs is not all that he seems to be.

Unknown to Ornax, Goldtooth turns out to be a notorious space pirate and a man with secret reasons of his own for running the Earth Quarantine Patrol's blockade. He has an important rendezvous to make in a jungle kingdom called the Rat's Realm. It's a life-or-death rendezvous that involves witches, magic, demons, and now...Ornax!

What listeners say about The Rat's Realm