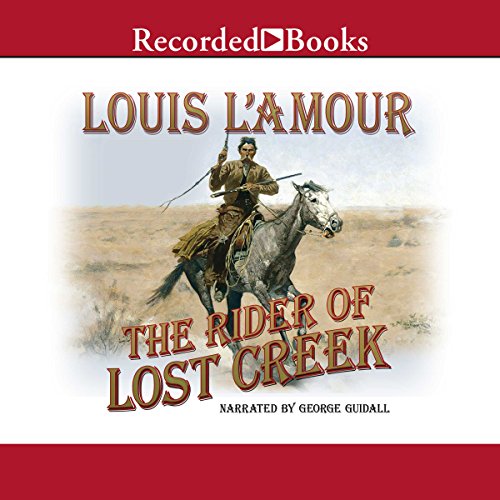 Lance Kilkenny has a debt to pay, and he isn't about to let the friend who saved his life go down in a range war. But when Kilkenny tries to stop the fighting, he finds there's more at stake than land or wire. Whoever is stirring up trouble has big ideas for the Live Oak country - and an army of hired guns to back them up. Nita Riordan, the beautiful and fiery owner of the Apple Canyon Saloon, warns Lance that the mysterious man orchestrating the conflict wants him dead. Lance realizes that if he doesn't watch his step, he'll pay the debt he owes with his own blood.

What listeners say about The Rider of Lost Creek