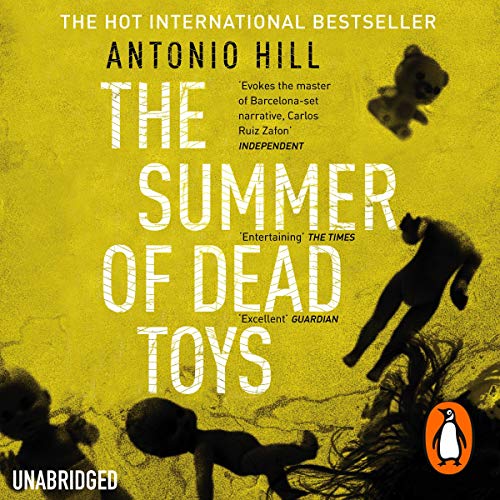 The Summer of Dead Toys

Evokes the master of Barcelona-set narrative, Carlos Ruiz Zafon' Independent When the death of a young witness in a case of human trafficking and voodoo provokes the normally calm Inspector Salgado to beat someone up, he is swiftly removed from the project. Instead, he is sent to investigate a teenager's fall to his death in one of Barcelona's uptown areas.As Salgado begins to uncover the inconvenient truths behind the city's most powerful families, two seemingly unsolvable cases are set to implode under the hot Barcelona sun.

What listeners say about The Summer of Dead Toys

Too slow paced for me

Very nicely written but really slow and no real shock or twists to the slowly unfolding storyline. Different voices and accent were performed well but slowly read which added to the frustration at the pace. Struggled to finish it and never felt like I couldn't wait to get back into it.