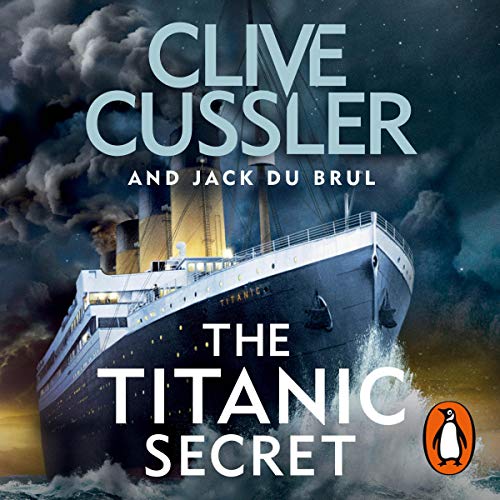 Both a prequel and a sequel to Clive Cussler's first best-selling phenomenon, Raise the Titanic!, the new Isaac Bell novel is a thrilling action-adventure novel from the number one New York Times best-selling author.

A century apart, Dirk Pitt and Isaac Bell team up to unlock the truth about the most famous maritime disaster of all time.

In the present day, Dirk Pitt is must make a daring rescue from inside an antiquated submersible in the waters around New York City.

His reward afterwards is a document left behind a century earlier by legendary detective Isaac Bell - a document that re-opens a historical mystery.

In 1911 Colorado, Isaac Bell is asked to look into an unexplained tragedy at Little Angel Mine, a disaster in which nine people died. His dangerous quest to answer that riddle leads to a larger one centred on a rare element with extraordinary powers and of virtually incalculable value.

As he discovers that there are people who will do anything to control the substance, Isaac Bell will find out how far he'll go to stop them.

What listeners say about The Titanic Secret

Having already read Raise the Titanic, I had a good understanding of the backstory here, but that didn't at all detract from my enjoyment of The Titanic Secret. This particular story forms a crucial part of Raise the Titanic, and goes into detail about the fateful efforts of the Colorado miners and their quest to get the rare ore to American shores. Unsurprisingly, there's plenty of people determined to get in their way.
Packed with typical Isaac Bell action and adventure, with superb narration from Scott Brick.

worst book i bought on audiable very disappointed, raise the titanic was very enjoyable but this was bad

could not stop listening another great book

nothing to do with Titanic!

This audiobook has absolutely nothing to do with the Titanic. It doesn't even feature until virtually the last chapter so the use of it's name in the title of the book is just a cheap marketing ploy to con you into buying it.
It's actually about a group of miners trying to get from Antarctica to Southampton, on a whaling ship, NOT Titanic.
Really Mr Cussler, I thought at this stage of your career you wouldn't need to resort to such tactics in order to sell books.

Had lost interest of late, but really enjoyed this story. Isaac Bell is Sherlock Pitt!

absolutely loved it cant fault it at all.
another great read hope it is as good for you!!!!

A tale of derring do

This is a 'Boys Own' style yarn. A tale of derring do reminiscent of Buchan's adventure stories. His hero Richard Hannay is reflected in the main protagonist here....Bell. The plot unfolds beginning with the end. The narration is exceptional but I've only given the story four stars because I feel it needs to be better paced. When the action starts it is relentless and the concentration required not to lose track is tiring.... like being at a dance where the music is non stop frenetic without slow dances in between.
There is not one foul word, no sex scenes, so these are to be applauded I feel. My 12 year boy could listen. All in all a good purchase.

narrator was great, story was good, I left it too long between sessions I think!

This novel with Isaac Bell is action packed but I wish there was more interaction with Marion and the other Van Dorn detectives. All in all a great read.

I totally enjoy listening to Clive Cussler novels. The pace is fast an exciting and never slows down.
want it to continue forever.