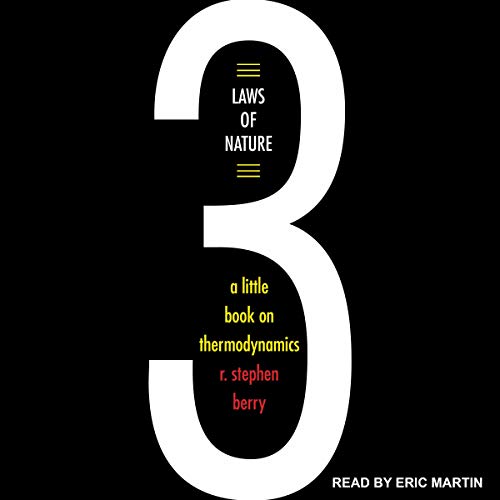 A short and entertaining introduction to thermodynamics that uses real-world examples to explain accessibly an important but subtle scientific theory.

A romantic description of the second law of thermodynamics is that the universe becomes increasingly disordered. But what does that actually mean? Starting with an overview of the three laws of thermodynamics, MacArthur "genius grant" winner R. Stephen Berry explains in this short audiobook the fundamentals of a fundamental science. Listeners learn both the history of thermodynamics, which began with attempts to solve everyday engineering problems, and ongoing controversy and unsolved puzzles. The exposition, suitable for both students and armchair physicists, requires no previous knowledge of the subject and only the simplest mathematics, taught as needed.

With this better understanding of one science, listeners also gain an appreciation of the role of research in science, the provisional nature of scientific theory, and the ways scientific exploration can uncover fundamental truths. Thus, from a science of everyday experience, we learn about the nature of the universe.

I found this book inaccessible even having taken college-level science courses and having a lifelong interest in science In my opinion this book doesn’t seem geared to general reader who reads a lot of science articles. The narrator has a good voice but was clearly the wrong choice for this performance and seemed dry and monotoned.

It was difficult to get the benefits of this book’s content because the reader was so bad. It just drones on and on in a monotone.