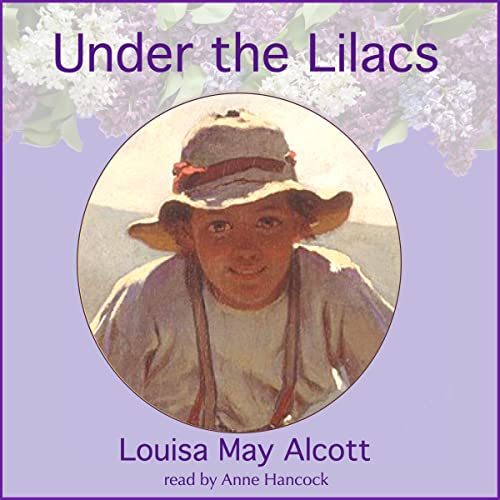 Written by: Louisa May Alcott
Narrated by: Anne Hancock
Free with trial

Ignore the title. This is not a story about flowers.

It's the story of Ben Brown, a 12-year-old circus boy who runs away after being mistreated by his employer. This is one of Louisa May Alcott's eight delightful novels where children take center stage.

Ben has been tramping for two weeks when he's discovered, nearly starving, by a widow and her two little girls. Mrs. Moss feeds and clothes him and gets him a job with the local Squire. But herding cows is boring for an active boy and he's about to take to the road again when the lovely Miss Celia, owner of the Big House (bordered by lilacs!) arrives and hires him to do odd jobs and be the company for her teenage invalid brother.

This means attending school and being surrounded by children his own age for the first time. Ben endures being teased by other boys for being different but gains their admiration by using his acrobatic skills to excel in sports. Friendships are made and sorely tested. Someone goes missing and someone else is found. And Ben proves himself to be a worthy hero of the story.

What listeners say about Under the Lilacs