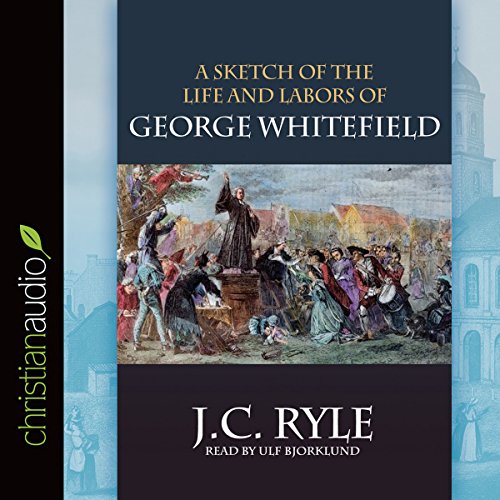 There are some men in the pages of history, whose greatness no person of common sense thinks of disputing. They tower above the herd of mankind, like the Pyramids, the Parthenon, and the Colosseum, among buildings. Such men were Luther and Augustine, Gustavus Adolphus and George Washington, Columbus and Sir Isaac Newton. He who questions greatness must be content to be thought very ignorant, very prejudiced, or very eccentric. Public opinion has come to a conclusion about them - they were great men. But there are also great men whose reputation lies buried under a heap of contemporary ill-will and misrepresentation. The world does not appreciate them, because the world does not know their real worth. Their characters have come down to us through poisoned channels. Their portraits have been drawn by the ill-natured hand of enemies. Their faults have been exaggerated. Their excellences have been maliciously kept back and suppressed. Like the famous sculptures of Nineveh, they need the hand of some literary Layard to clear away the rubbish that has accumulated round their names, and show them to the world in their fair proportions. Such men were Vigilantius and Wickliffe. Such men were Oliver Cromwell and many of the Puritans. And such a man was George Whitefield.

This is as good of a condensed summation of the life of George Whitefield as can be found. Ryle takes the virtues of Whitefiled’s life and and drives home home biblical exhortations and lessons for us to follow by his example. Lord give America and England another Whitefield!

This short yet delightful story of one of the greatest Christians ever to live, will encourage you to re-double your efforts for the cause of Christ the King.

" Most preachers are good at complicating the simple things ,great men of God are good at making complicated things simple"