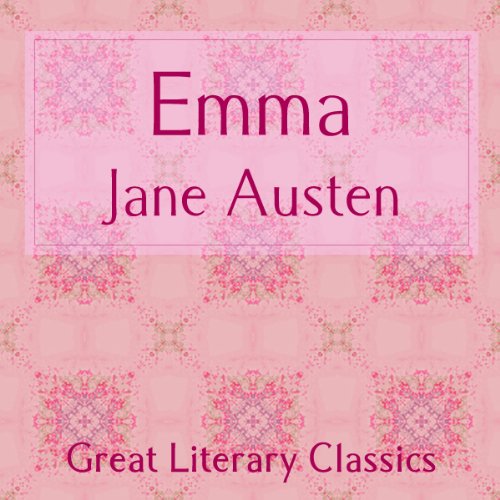 Emma was Austen's fourth published novel, and the last to appear before her death.

A comic novel, first published in December 1815, Emma tells of the perils of misconstrued romance. The main character Emma Woodhouse is a well-to-do young woman in a small English town who is a self-appointed matchmaker. The story explores the nature of these orchestrated matches coming to life through the hilarious characters including arguably Austen's two greatest comic creations - the eccentric Mr. Woodhouse and the quintessential bore, Miss Bates.

English novelist Jane Austen (1775 - 1817) was author of satirical novels set among the English middle and upper classes. The novels are notable for their wit, social observation and insights into the lives of early 19th century women.

Please note: This is a vintage recording. The audio quality may not be up to modern day standards.

What listeners say about Emma

Emma is my favourite Jane Austen, and Richard Baker is classical BBC. Combined they make a restful and humurous listening experience. From the copyright information at the start I imagine this was read for the Wrens to listen to during WWI; a very connecting experience. I'm glad I chose this version to hear.

Poor Emma, I feel sorry for her being born at a time when her talents could not be harnessed. I have never found this story easy to enjoy, but it is as well read as can be and of, being Austen as well observed and charming as possible.

A good version of this story, but I don't rate this story too highly. Poor Emma.

I found Richard Baker's reading of Emma very disappointing as he gives each person the same inflections in their speech, which doesn't relate to their individual characters. It works well for Mr. Woodhouse, but seems at odds with Emma and several of the others.

A great book to listen.
Loved it. one of the best stories I have listened.

Not my favourite Jane Austen novel but still a very good book. The problem here is this particular reader who is terrible.