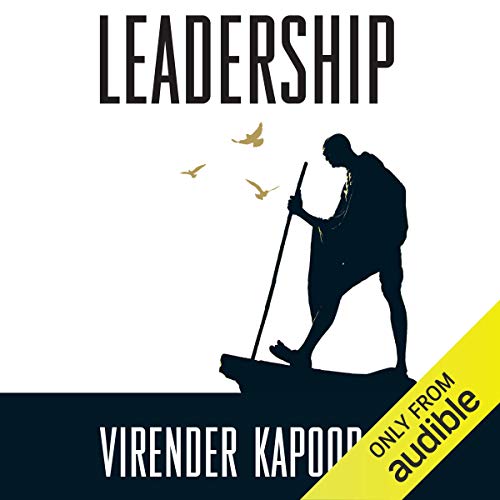 Mahatma Gandhi needs no introduction. An icon revered by millions across the world, he led a country to freedom through methods and principles never used before. What was it about Gandhi that made him an icon? How did a frail, ordinary man bring about a revolution? And how did he manage to rope in the poor, the working class, the elite and the intelligentsia to work together?

In this one-of-a-kind self-help book, Virender Kapoor analyses Gandhi’s methods and derives leadership lessons from his life, explaining how listeners can successfully employ these in their own lives. He reveals how Gandhi carefully analysed situations - the precursor of SWOT analyses - before formulating the best way to deal with them. It was thus that he formulated the idea of Satyagraha. He also shows that Gandhi understood the power of emotional appeal and used sincerity rather than empty rhetoric to maximize on this. In other words, he ‘walked the talk’.

These and other strategies by Gandhi provide important lessons for leaders of any era, in any capacity. The key, he reveals, is to adapt rather than adopt Gandhi’s philosophy in action. Inspirational yet relatable, Leadership: The Gandhi Way is a unique take on the Mahatma.