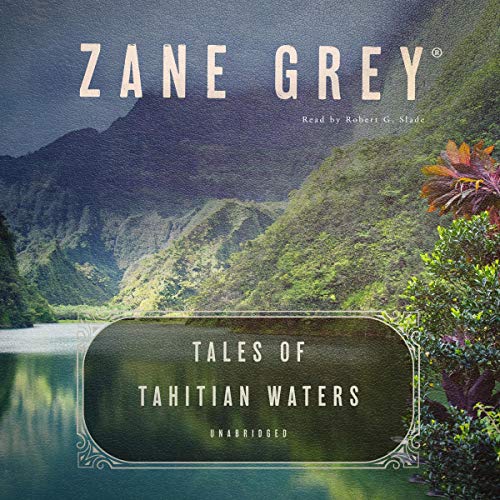 Tales of Tahitian Waters describes Grey's fishing expeditions to the Tahitian Islands during 1928, 1929, and 1930, in which he claims to be the first big-game fisherman to fish these waters.

He came to this area after having passed nearby on his other fishing trips. Hearing accounts of there being marlin that were 30 feet long and sharks that measured 50 feet in length, he became determined to pursue these fish and add to his many fishing records. It was here where he describes catching a marlin weighing 1,040 pounds, and the catch was recorded as the first 1,000-pound fish ever caught.

In Tales of Tahitian Waters, Grey says that these were the most difficult waters he had ever fished. Yet he claims a special affection for these waters, and he visited them numerous times afterward.

What listeners say about Tales of Tahitian Waters

I enjoyed the book the narrator not so much I had to adjust speed to fix it. That’s how I get to where I could listen to it and enjoy it