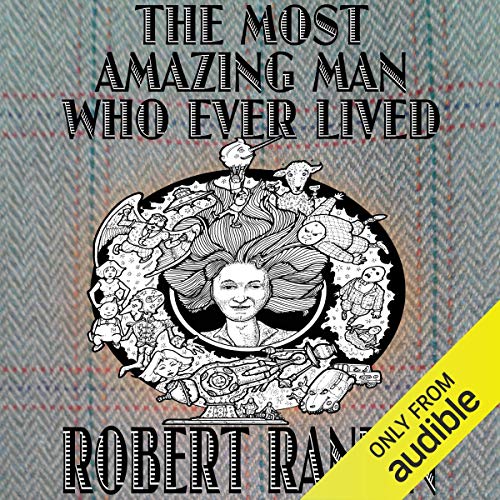 The epic conclusion to the epic trilogy - and trilogies do not go out with a bigger bang than this one.

Young school boy Norman is dead. His father fell out of the sky and flattened him. And as Norman did not engage in full time employment before he died he is rather miffed to have it thrust upon him in the afterlife - at The Universal Reincarnation Company. There are too many filing cabinets and much too much paperwork.

The fault lies with God (a flawed genius, in the opinion of Hugo Rune). If He hadn't decided to close down Hell, then heaven would not have got so overcrowded and there would have been no need to build the extension. And until that extension is built the URC will just have to keep on recycling souls and the paperwork is going to grow and grow. And there is something very wrong going on at the URC, someone is pre-incarnating, being reborn again and again on their original birthdate with all the knowledge they had gained in their former lifetimes. Just imagine if you could do that. You'd probably end up as The Most Amazing Man Who Ever Lived. Or something very very wicked indeed.

Cornelius and Tuppe are on the run from the law, some questions were asked regarding all that golden booty the epic pair liberated from the Forbidden Zones; questions that the tall boy was quite unable to answer. But at least they do have another epic automobile to drive around in and a couple of feisty young women with whom to drive about. They might have simply had a holiday, had they not met up with the ghost of a dead schoolboy and the occupant of a flying saucer and learned of Hugo Rune's final plan, the great big plan to end all great big plans.

In this concluding part all the stops are pulled out and flung through the window. There has never been anything quite like this before and there probably won't be anything like it again. These three books are amongst Robert Rankin's all-time favourites and he makes absolutely no apologies for the bit at the end that always makes him cry when he reads it.

"Stark raving genius...alarming and deformed brilliance" ( Observe)
"He becomes funnier the more you read him." ( Independent)
"Everybody should read at least one Robert Rankin in their life." ( Daily Express)
"To the top-selling ranks of humorists such as Douglas Adams and Terry Pratchett, let us welcome Mr Rankin" (Tom Hutchinson, The Times)
"One of the rare guys who can always make me laugh" (Terry Pratchett)

What listeners say about The Most Amazing Man Who Ever Lived

Yes, enjoyable nonsense with a wild plot which is impossible to second-guess. Not an ounce of seriousness and an easy listen - you don't have to concentrate very hard because it doesn't make much sense anyway. The writing can be a bit overly ridiculous and self-aware sometimes, which can irritate a bit, but fans are used to this. Trips along nicely and you certainly won't be bored!

Would you listen to another book narrated by Robert Rankin?

Generally I love books narrated by their authors as they know exactly where to emphasise, pause, inject humour or drama and so on. This is well narrated as you would expect, voices, drama etc are good; however it took me perhaps quarter of the book to get used to the many pauses and slightly puzzled voice he uses throughout - it irritates me a little but not so much as to put me off listening to another book.